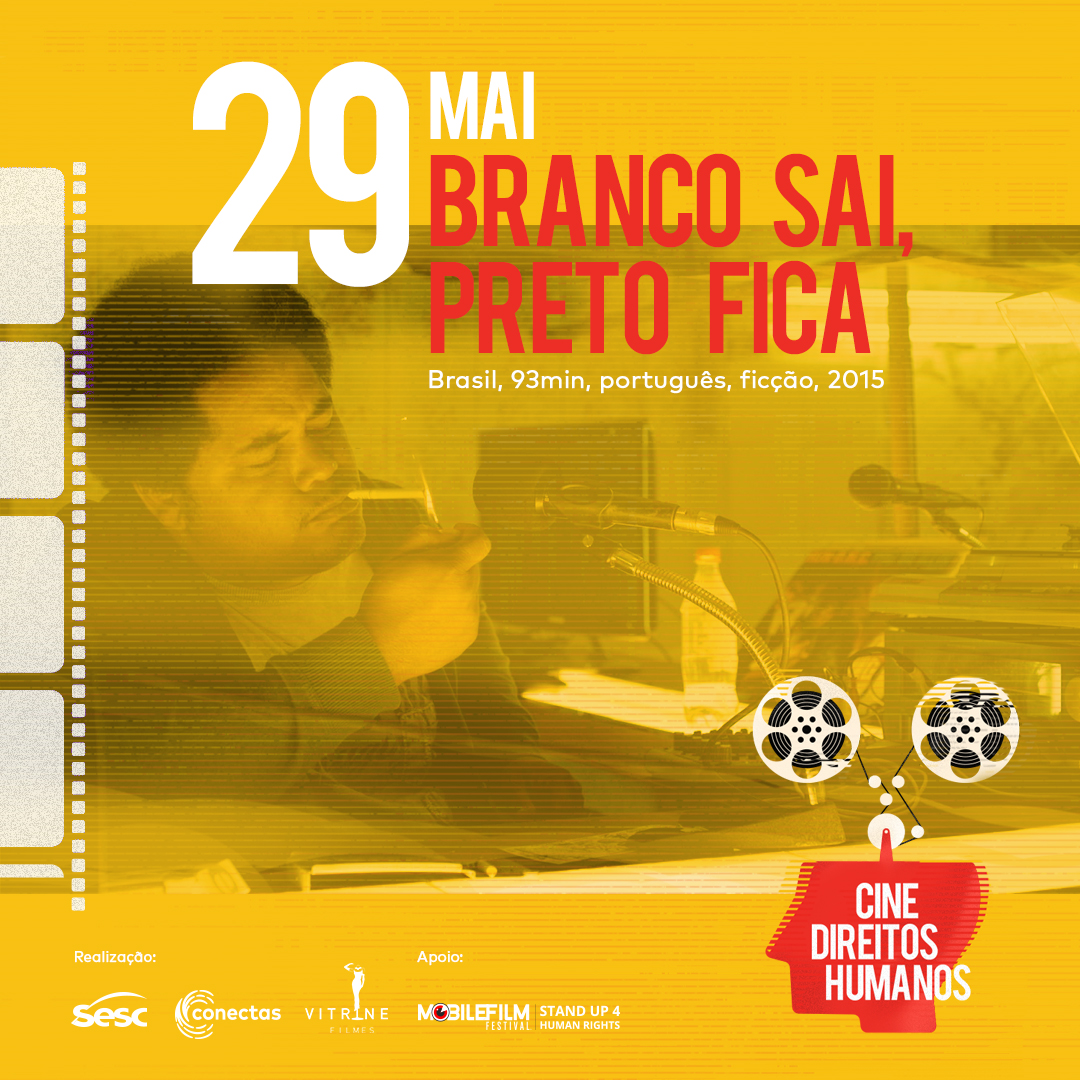 On Wednesday, 29 May, the Cine Direitos Humanos project, hosted by Conectas in partnership with Sesc 24 de Maio, Vitrine Filmes and the Mobile Film Festival, will be screening Branco Sai, Preto Fica, by Adirley Queirós.

The 93 minute full-length film tells the story of two men wounded in a shootout at a black music dance event and another man who has come from the future to investigate the crime. The fictional storyline is used to discuss themes like police violence, racism and the periphery.

Screenings of Cine are free and the public do not need to book tickets in advance, however there is a maximum capacity.

The Cine Direitos Humanos is held every last Wednesday of the month and includes debates with actors, directors and experts following the film screening. Come along!

Opening times of the centre
Tuesday to Saturday, from 9am to 9pm.
Sundays and bank holidays, from 9am to 6pm.