Far from the goal

Custody hearings an important means of reducing incarceration, but fail to prevent torture 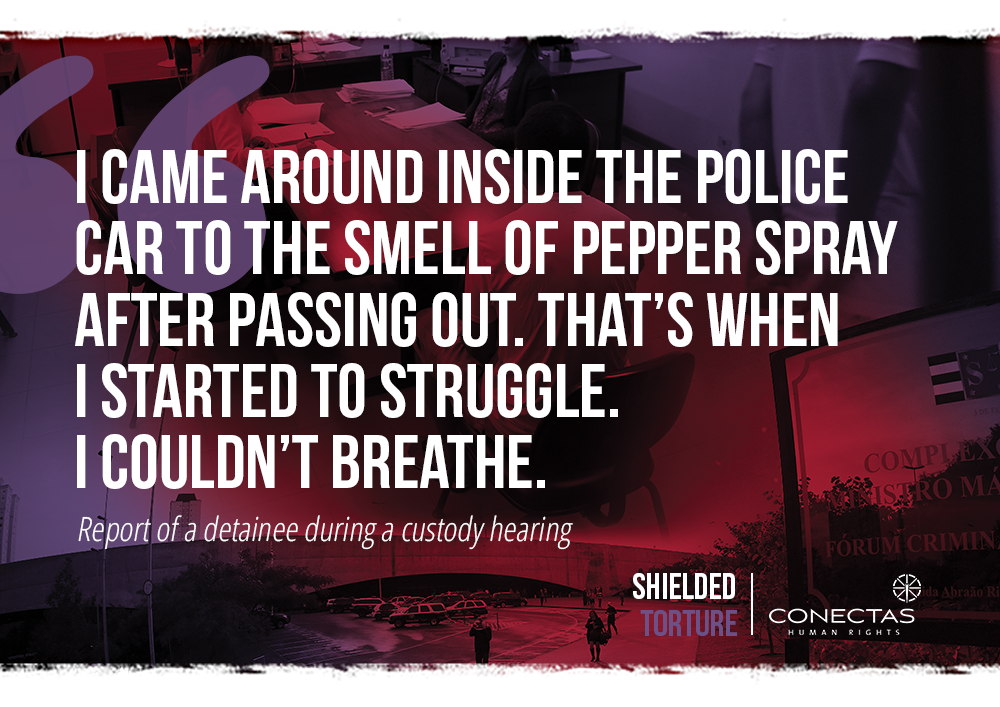 On February 24, the pilot project to implement custody hearings run by the CNJ (National Justice Council) turned two years old in São Paulo, the first state capital in Brazil to adopt these hearings.

Custody hearings ensure that people arrested in flagrante delicto see a judge within 24 hours of their arrest. In addition to the judge and the accused, the hearings are also attended by a representative of the Public Prosecutor’s Office and the defense, which can be a private lawyer or a public defender.

The hearings are not held to determine whether the defendant is innocent or guilty. After hearing the arguments of the prosecution and the defense, and after questioning the detainee, the judge decides whether the accused will be held in pre-trial detention, whether they will be released on recognizance (with or without alternatives to detention, such as ankle monitors) or whether the charges against them will be dropped – which occurs when the arrest is illegal.

Considering that pre-trial detainees (who have not been convicted of a crime) represent 41% of the Brazilian prison population, according to data from the Ministry of Justice from December 2014, custody hearings have an important role to play in reducing the number of new people entering the prison system.

“This initiative by the National Justice Council is essential for reducing incarceration and prison overcrowding in Brazil. But the hearings were designed and regulated in accordance with international treaties signed by the country, so they are also important to combat and prevent torture,” explained Rafael Custódio, coordinator of the Justice program at Conectas.

See how the concept of torture has evolved in national and international law:

According to the study “Shielded Torture”, however, this opportunity is largely being wasted (click here to see how the institutions of the justice system respond to reports of violence).

When there are signs of aggression, the judge may, for example, request a physical examination or open a criminal or administrative investigation into the officers accused. The study found that, of all the 393 cases that were analyzed, only one resulted in a police inquiry being opened to investigate the conduct of the officers.

“We know that one of the main challenges of prosecuting the crime of torture is the difficulty producing evidence, since frequently by the time the case is brought to the attention of the authorities, several months have already passed – which makes it difficult to demonstrate that the crime took place and investigate it,” explained Sylvia Dias, a delegate of the Association for the Prevention of Torture in Brazil who reviewed “Shielded Torture”.

“We also know that the first few hours following the arrest are when there is the greatest risk of people suffering physical and psychological abuse. This is why it is essential for there to be an immediate opportunity for the judiciary to supervise and control the circumstances surrounding the arrest,” she added.

According to the lawyer, sociologist and criminal justice researcher Fernanda Emy Matsuda, who also reviewed the study by Conectas, “although the country has made a strong commitment to the international community, there is an enormous reluctance to bring the practices of its agents into line with the terms of this commitment”.

“With regard to the crimes of torture and mistreatment against people in the custody of the State, impunity reigns. The custody hearings have, in practice, contributed to the extension of this attitude of unaccountability.”