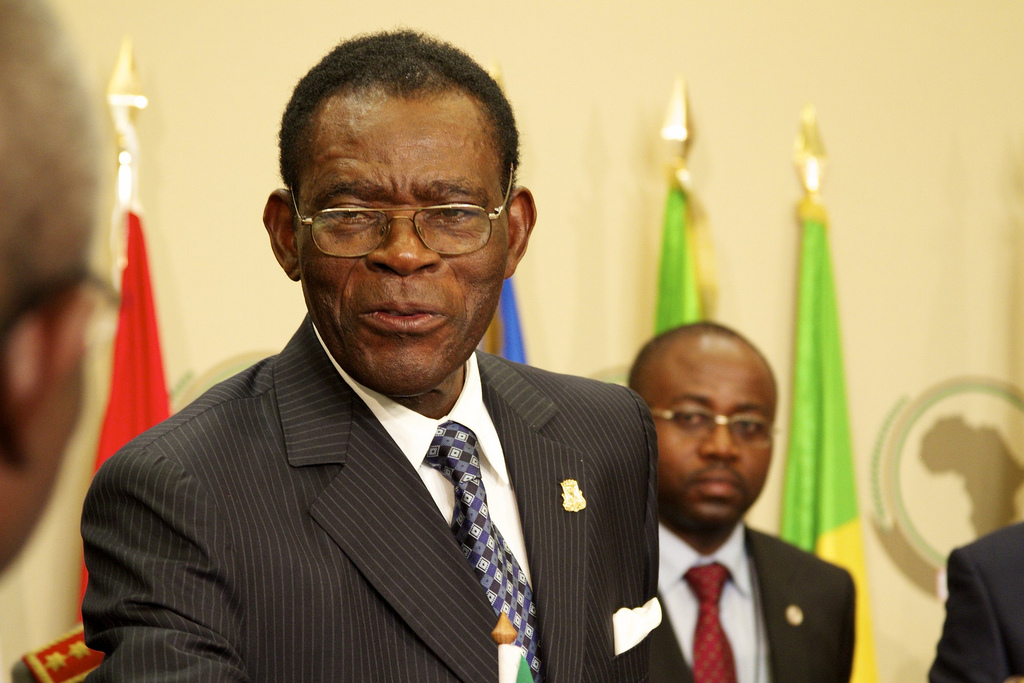 In a joint letter on March 31 to the Community of Portuguese Language Countries (CPLP), the nongovernmental organizations called on the leaders of the multilateral group to carry out “an immediate, independent mission to Equatorial Guinea to assess the human rights situation” and recommend specific reforms.

“President Obiang goes to great lengths to try to win acceptance on the international stage, including making human rights commitments that he never keeps,” said Tutu Alicante, executive director of US-based EG Justice, which monitors human rights in Equatorial Guinea. “Instead of letting him claim a propaganda victory without delivering results, the leaders of Portuguese-speaking countries should insist on verifiable progress on respect for human rights.”

The group’s decision on July 2014 to grant full membership to Equatorial Guinea came after years of lobbying by the government of President Teodoro Obiang Nguema Mbasogo to overcome objections about its poor human rights record.

Membership in the Portuguese community group is open to “any state using Portuguese as [its] official language, provided it unreservedly adheres to the [group’s] statutes.” The community’s statutes incorporate commitments to democracy, the rule of law, human rights, and social justice.

The rights to freedom of speech, association, and assembly are severely curtailed in Equatorial Guinea. The authorities frequently arbitrarily arrest, intimidate, and harass people belonging to or associated with the political opposition. Due process rights are routinely flouted. Prisoners are subjected to serious abuses, including torture.

Portugal had blocked the country’s application to join the group since 2010, citing human rights concerns, but relented when the Obiang government, via presidential resolution, imposed a temporary moratorium on capital punishment on February 2014, as a purported first step toward eliminating the death penalty.

Only two weeks before the Obiang government announced a suspension of the death penalty, it executed at least four people convicted of murder and as many as nine inmates in all, according to Amnesty International. These were the first known judicial executions in the country since August 2010, when four political opponents wereexecuted by firing squad.

“On the basis of Equatorial Guinea’s rights record, the leaders of Portuguese speaking countries should never have let the country join their community,” said Maria Laura Canineu, Brazil director at Human Rights Watch. “Obiang’s government does not belong in any group that claims it takes human rights seriously.”

In a joint declaration issued when they approved the country’s admission at a summit meeting in Dili, East Timor, leaders of the Portuguese language grouping affirmed their commitment to “support the [Equatoguinean] authorities in full compliance with the statutory provisions of the CPLP, in terms of adoption and the effective use of the Portuguese language, the adoption of the moratorium on the death penalty until its abolition, and other interests of the CPLP in the national legislation of Equatorial Guinea”. They did not specify how they intended to do this.

EG Justice, Conectas Direitos Humanos, and Human Rights Watch called for an independent verification mission, including representatives from independent groups in the country, to assess human rights conditions in Equatorial Guinea and make specific recommendations for improvements needed for the government to adhere to the Portuguese community’s statutes.

“It was premature for the Portuguese-speaking community to grant Equatorial Guinea full membership based only on promises of future human rights improvements,” said Juana Kweitel of Conectas. “The way Equatorial Guinea was granted membership became a dangerous blank check. Now there needs to be an independent assessment of the Obiang government’s human rights practices and verification that its commitments will be kept.”