Conflicting with the law passed by Congress in May, decree by President Temer once again criminalizes immigration 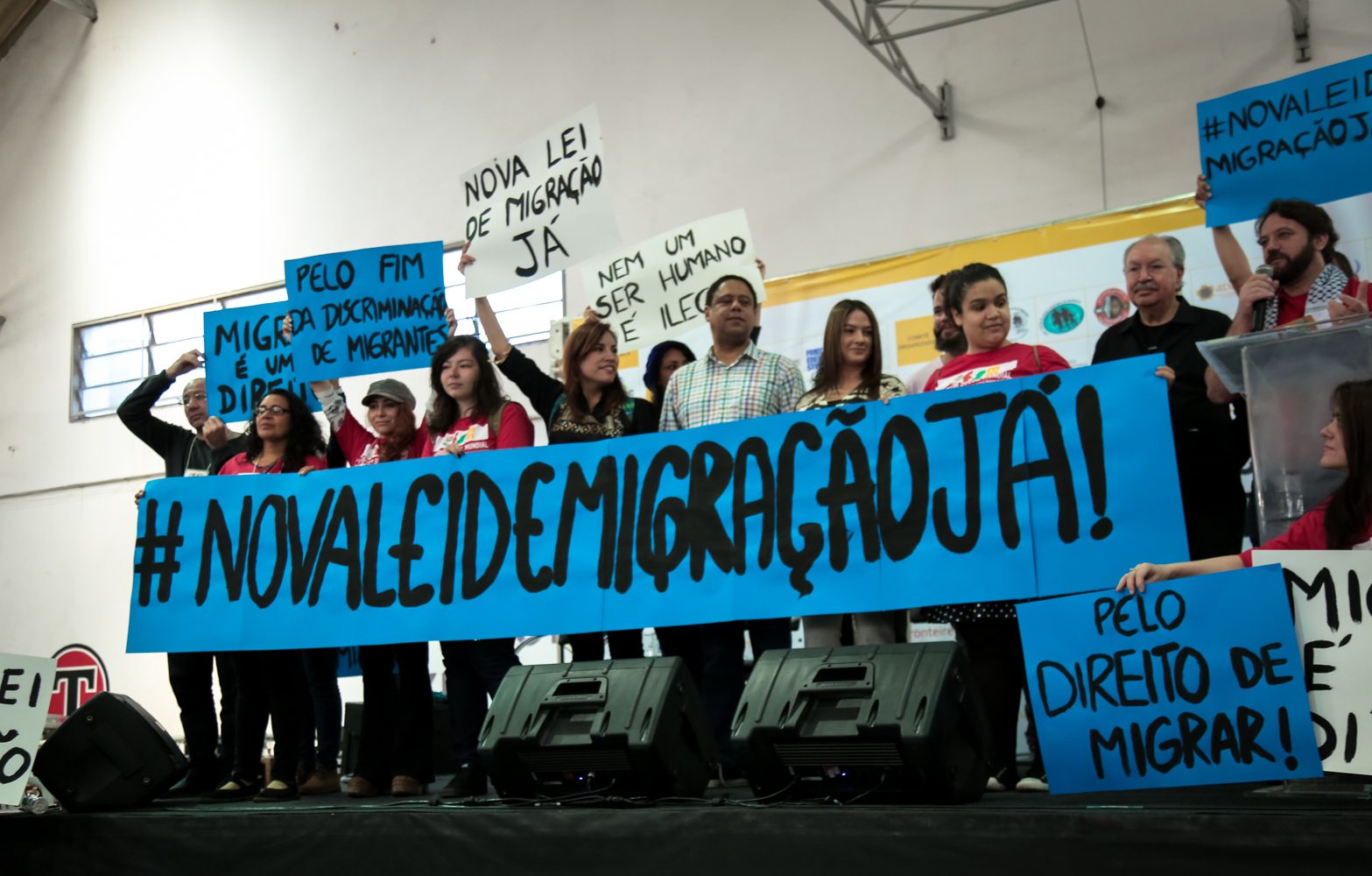 A decree signed yesterday by President Michel Temer and published this Tuesday, November 21, in the Federal Gazette disregards criticisms and recommendations made by civil society and distorts a number of breakthroughs made in the country’s new Immigration Law (Law No. 13,445) approved in May.

Besides including terms such as “illegal immigrant”, article 211 of the decree permits the arrest of undocumented immigrants when requested by the Federal Police. This is in direct conflict with the Immigration Law, which states that “no one shall be deprived of their liberty for immigration reasons” (Article 123).

“Despite being a country historically formed by the flow of immigrants from all parts of the world, with this decree the government has fallen back on an outdated and discriminatory view of immigration as a public security issue, allowing people to be criminalized for their immigration status,” said Camila Lissa Asano, coordinator of programs at Conectas.

According to Asano, the new immigration law was an international milestone and it placed Brazil on the frontline of immigration policy, but this latest decree rolls back some key aspects that were widely negotiated and approved in a nonpartisan and participatory manner by Congress.

“We have a government that does not understand that a regulatory act like a decree cannot violate a law,” she said.

The decree also makes the rules stricter for obtaining work visas and creates selective criteria that conflict with the principle of equal reception of immigrants. While on the one hand the Immigration Law permits temporary visas for immigrants who come to Brazil with the intention of establishing residency, the decree sets conditions that make it difficult to access this right, such as proof of a job offer in the country or certain specific types of employment.

Until last week, the government had not made the text of the decree available to civil society. With little advance warning, representatives of the Executive branch staged a public consultation on November 13, but none of the recommendations made during this consultation were accepted.

“The decree published today did not pass the proper scrutiny of society. The public consultation was more of a government monologue than an exercise in listening, since several proposals made both on the online platform and at the public hearing were ignored,” she said.

According to Asano, civil society should now organize to challenge the legality of various aspects of the decree and address the regulation of important issues that were omitted, such as humanitarian visas.

“We will look into appropriate measures against the parts of the decree that violate the law,” said Asano. “We will also work tirelessly for a coherent regulation of the parts that are still not covered by the decree,” she added.