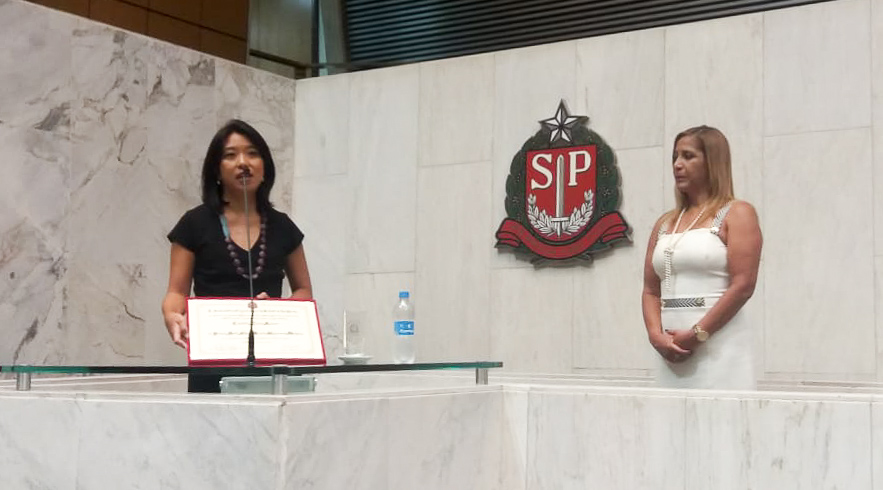 Camila Asano, Conectas Programme Coordinator, was one of nine people who Alesp (Sao Paulo Legislative Assembly) paid tribute to in the fifth edition of the Beth Lobo Human Rights of Women Award. The awards session took place on 8 March,  International Day of the Women’s Movement, at the Juscelino Kubitschek plenary hall.

The ceremony was created by the former congressman, Adriano Diogo and pays tribute to people and organisations involved in the fight against gender discrimination. This year, the event brought together local politicians, union representatives and associations and collectives for the defence and protection of women.

During her speech, Camila stressed the relevance of this event in the current political climate. “It is important that democratic institutions are recognised. We are going through a delicate time in terms of human rights and recognition of solid institutions that guarantee the rights of all people, above all minorities, is fundamental.” She said.