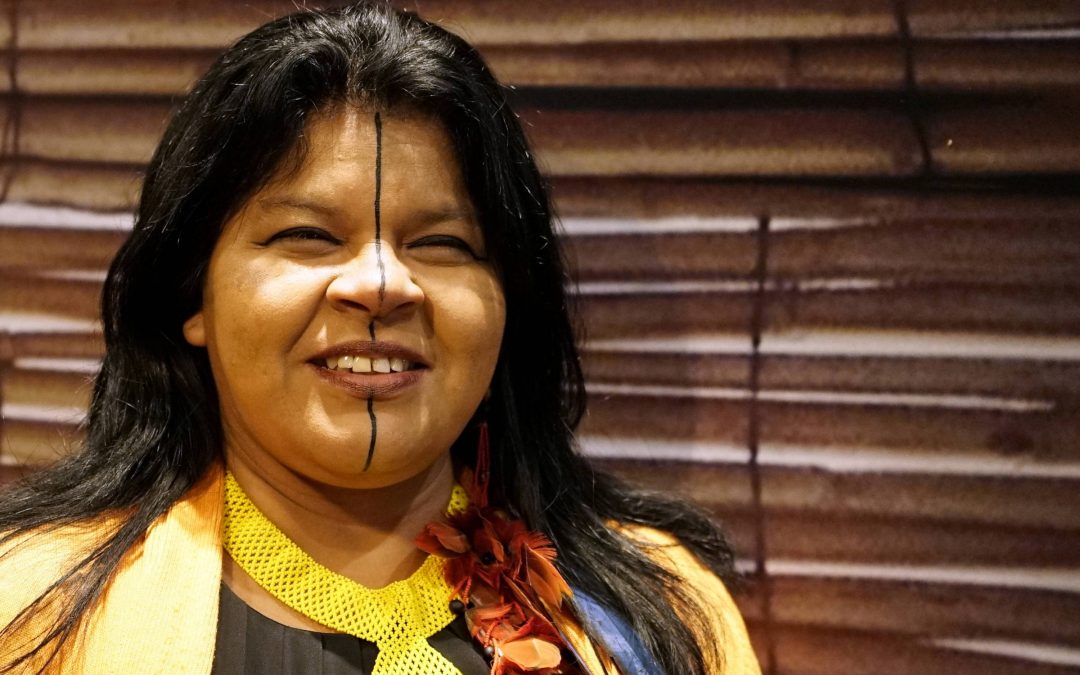 One of the great leaders of APIB (Articulation of Indigenous Peoples of Brazil), Sonia Guajajara was summoned by the Federal Police for criticism of the Bolsonaro´s government.

In yet another episode of authoritarianism, which is totally incompatible with a democratically elected government, the popular activist Sonia Guajajara; one of the leaders of the APIB (Articulation of Indigenous Peoples of Brazil) was summoned by the Federal Police to defend herself for alleged defamation of character of President Jair Bolsonaro.

The investigation request was made by Funai (Fundação Nacional do Índio) due to the disclosure of the Maracá webserie, in which APIB strongly condemns government´s violations of indigenous people during Covid-19 pandemic. It is divided into eight episodes, check the webserie here.

Sonia Guajajara’s subpoena is yet another chapter in the escalation of persecutions and intimidation by the Bolsonaro government against NGOs, academicians  and activists who criticizes his government. According to a report by the NGO Global Witness, Brazil is one of the countries that constantly kills, persecutes and intimidates defenders.

Most importantly, indigenous leaders have been the main target of  president Bolssonaro himself, he has used the UN platform to attack them twice. Firstly, in 2020, without any evidence, he blamed the indigenous people for the fires in the Amazon and Pantanal. And in the previous year, he accused Chief Raoni; the traditional leader of Caiapó ethnic group, of focusing only on foreign interests in the Amazon.

In view of Covid-19 pandemic, an injunction from the IACHR (Inter-American Commission on Human Rights) and an action in the STF (Supreme Federal Court), filed by APIB, were required to compel the Brazilian government to draw up an emergency plan to contain the increase of the disease in indigenous territories.

The government’s plan was only partially approved by the STF in March, without planning on how the disintrusion of the almost 20,000 miners in the Yanomami territories will be carried out.

The complaint made by Funai, shows the organization’s rigging and the deviation of workers from what should be the most important body for the elaboration and execution of public policies for the protection of indigenous Brazilian. Conectas has frequently lodge complaints on the neglects and numerous attacks by the Brazilian government against these people.

To Sonia Guajajara and APIB, we give our unwavering support and respect to their dedicated and passionate history of fighting in defense of rights.