Organizations want details of this extraordinary decision in favor of Venezuelans 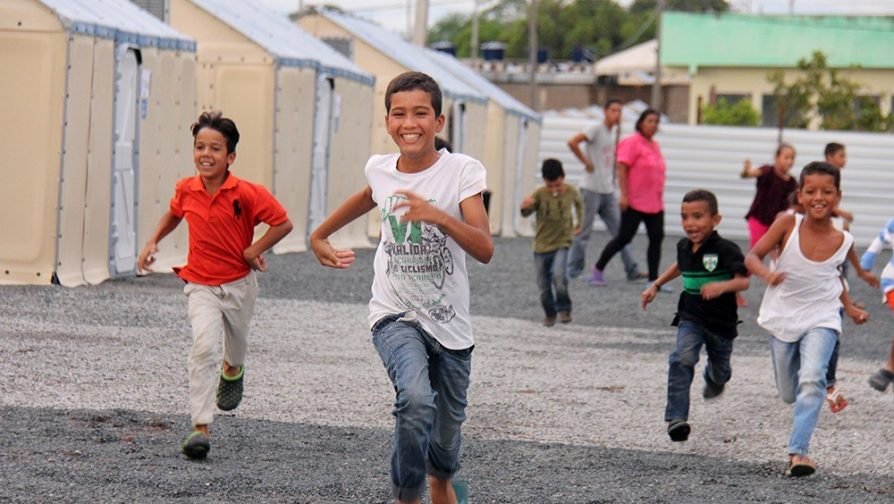 Venezuelan children play at the Rondon 3 refugee shelter, the 13th such shelter in the state of Roraima with capacity for nearly a thousand people. ©UNHCR / Reynesson Damasceno

Conectas and other organizations are awaiting a response from Conare (National Committee for Refugees) on the reasons for the decision it took on April 28. In an official letter, the organizations pose a series of questions intended to shed light on why the Committee decided to recognize 722 Venezuelan children as refugees in Brazil.

The decision came as a surprise to the organizations, which want to understand whether Conare is establishing a new category and ignoring the provisions of the Brazilian Refugee Law. This is because Conare does not say whether these children are refugees, but only that the rights of their parents are extended to them.

Considering that Law 9,474/1997 defines refugees as people who suffer human rights violations and are forced to flee their country, the organizations want to know what filters were used by the Committee in its decision.

The official letter submitted by the organizations contains several unanswered questions. Among them, it asks whether a legal decision was taken to extend the effects of refugee status for all Venezuelan nationals who have been granted the recognition of this status.

Through these questions, the organizations want access to the data used in the decision. This will let them know how many families applied for refugee status and how many children were granted this recognition on account of the extension of the status. Moreover, they want to understand the reasons why the requests were either accepted or rejected.

According to the organizations that signed the letter, no response has been given to date.

>>>Read the Official Letter in Full