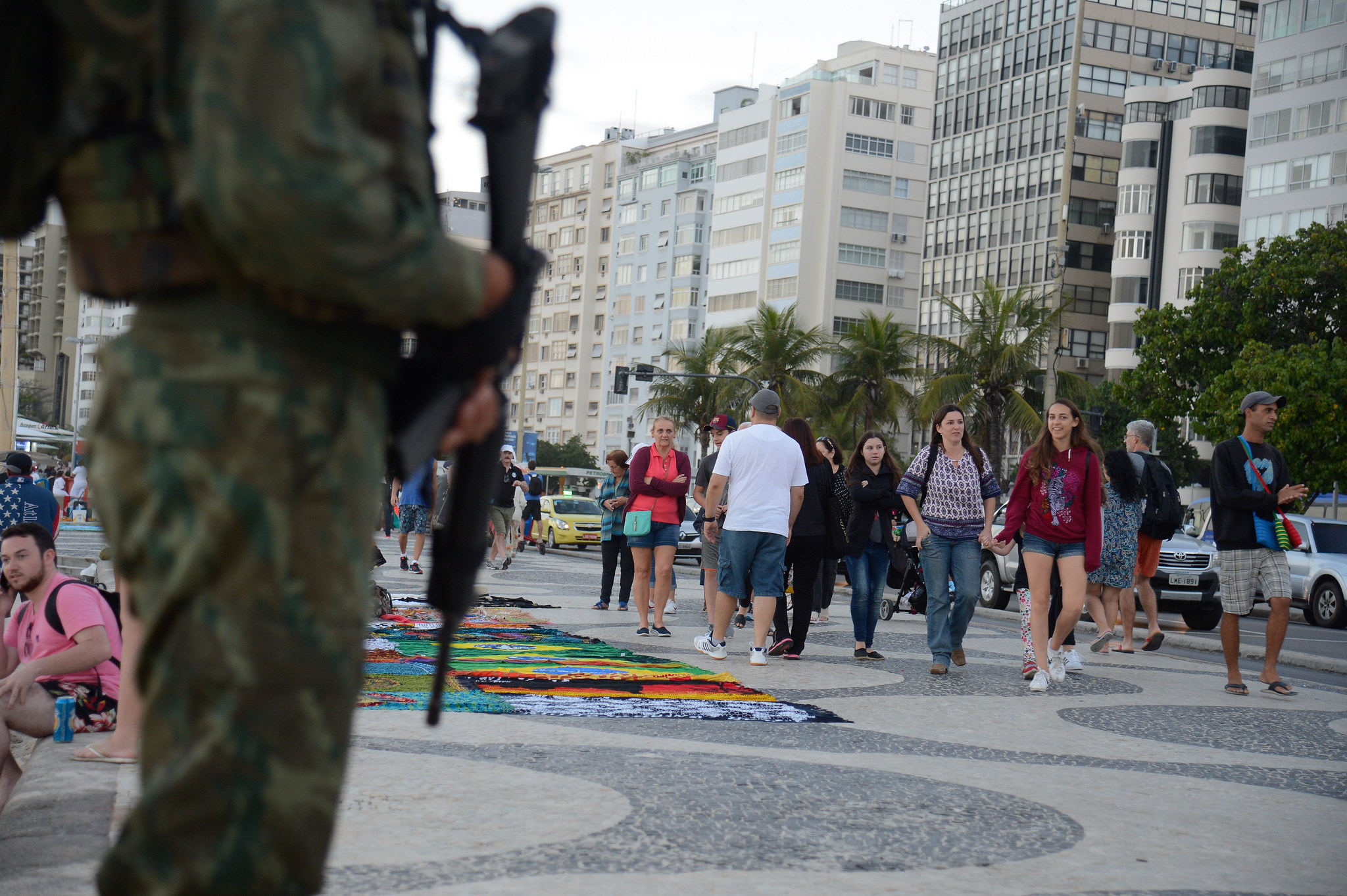 The president of the Foreign Relations Committee of the Senate, Fernando Collor de Mello, appointed on Wednesday, August 16, Senator Pedro Chaves as rapporteur of Bill 44/2016 that would allow members of the Armed Forces involved in the killing of civilians to be tried in military courts.

Submitted to the Lower House of Congress in July 2016 under the justification of providing safeguards for the military to serve as security at the Olympic Games, the bill was approved in the house in just one week, but since then has been stalled in the Senate.

However, given the recent rise in the use of the Army to tackle the public security crisis in some states across the country, especially in Rio de Janeiro, the matter has regained prominence in Congress. As such, just like in the Lower House, the intention of the senators is to pass the bill hastily by approving it in the Foreign Relations Committee and then putting it to the vote in a full session of the Senate as early as next week.

The bill drafted by Congressman Esperidião Amin alters the Military Criminal Code by removing from the jurisdiction of civilian courts “willful crimes against life committed by Armed Forces personnel against civilians” when they occur in the “performance of duties established by the President of the Republic or by the Minister of Defense”. This includes the operations to guarantee law and order currently underway in Rio de Janeiro.

According to Rafael Custódio, coordinator of the Justice program at Conectas, the Military Justice System has its own legal jurisdiction that is based on the Military Criminal Code. Both deal with crimes related to the activities of the Armed Forces.

“Military troops are trained and armed to serve in exceptional situations of war. For this reason, the use of the Army as police constitutes a deviation from their duties,” said Custódio. If approved, the law will provide safeguards for military personnel that will result in human rights violations. “It is an enormous setback in the democratization of the country, one that we will tirelessly denounce in international human rights forums,” he added.