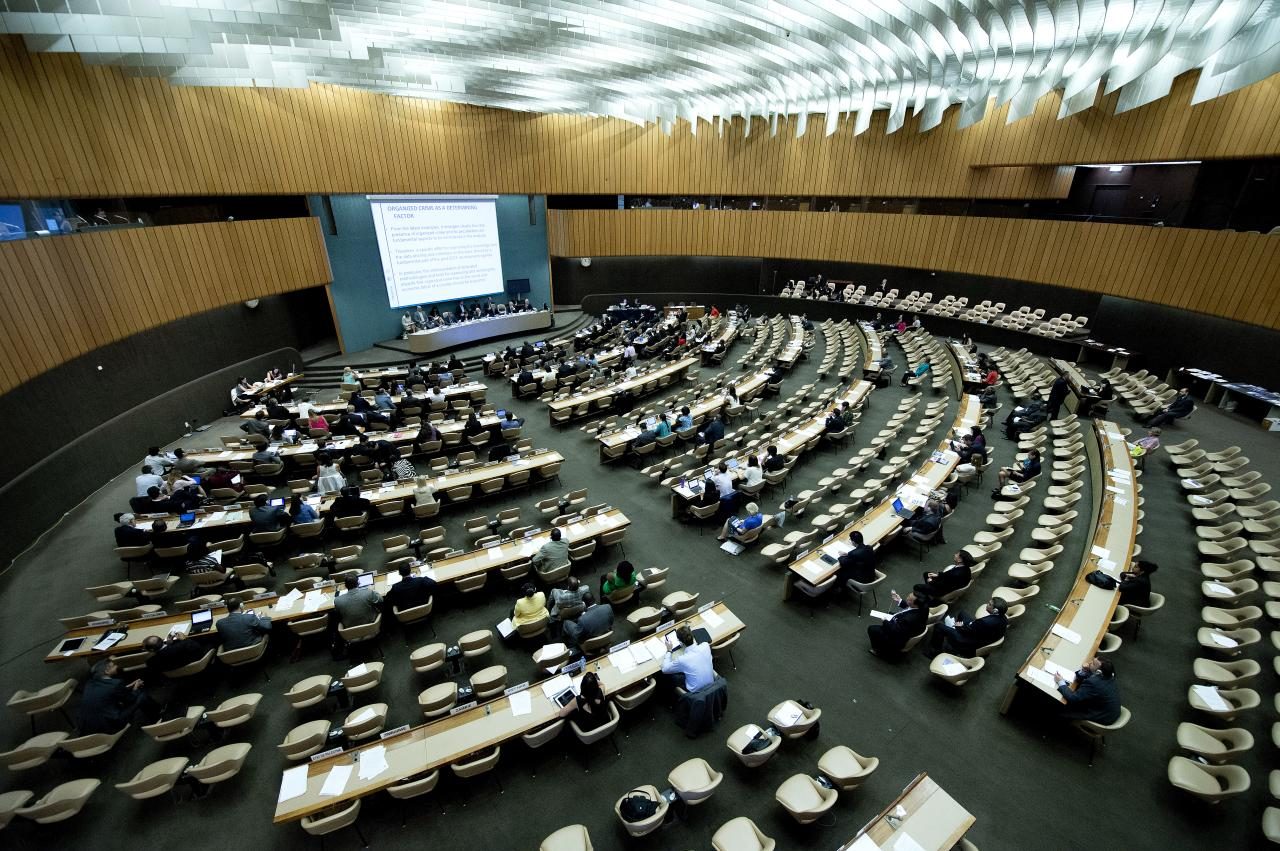 A general view of the ECOSOC panel on “The importance of drug control, crime prevention and criminal justice in the context of the post 2015 development agenda, including the issue of human trafficking”.

The United Nations Economic and Social Council (ECOSOC) elected Brazil on Monday, April 16, as a new member of the Committee on Non-Governmental Organizations for the 2019-2022 term.

Created by ECOSOC Resolution 1996/31, the Committee monitors the relationship of civil society with the United Nations, evaluating requests for NGO accreditation in the UN and examining reports submitted by accredited NGOs. The Committee is formed by 19 countries with four-year terms that are renewable indefinitely.

The resolution specifies that the Committee should hold meetings with accredited NGOs before its sessions and at any other times that may be necessary to discuss issues related to the relationship between NGOs and the UN. Nearly 4,500 organizations from around the world have consultative status.

According to Camila Asano, coordinator of programs at Conectas, the election of Brazil is an opportunity to pressure the country for more transparency in the work of the Committee and to ensure the inclusive participation of civil society in the discussions held within the United Nations.

“The Committee on NGOs is the entry point for civil society to the UN. It is through the accreditation granted by this body that NGOs from around the world can bring reports of violations to the attention of other countries,” said Asano.

“We strongly urge Brazil to propose policies to improve the transparency of the decisions and activities of the Committee, as well as to support the accreditation of organizations from countries that are notorious rights violators,” she added.

Although Conectas has had consultative status in the UN since 2006, it was prevented from speaking at the opening of the regular session of the Committee in February last year. The organization was going to criticize the lack of transparency in the body and request measures to increase access by civil society by streamlining the accreditation process – particularly for organizations with limited resources that cannot afford to travel constantly to accompany the process of granting the status.

In 2014, in his report to the UN General Assembly, the then special rapporteur on the rights to freedom of peaceful assembly and of association, Maina Kiai, criticized the constant deferrals and endless questioning to which some organizations are subjected in their admission process – which, in practice, prevents the approval. Counties such as China, Russia and India are known for systematically denying access to organizations that are critical of their local policies.