A committee of ministers is in Roraima to assess migrant conditions 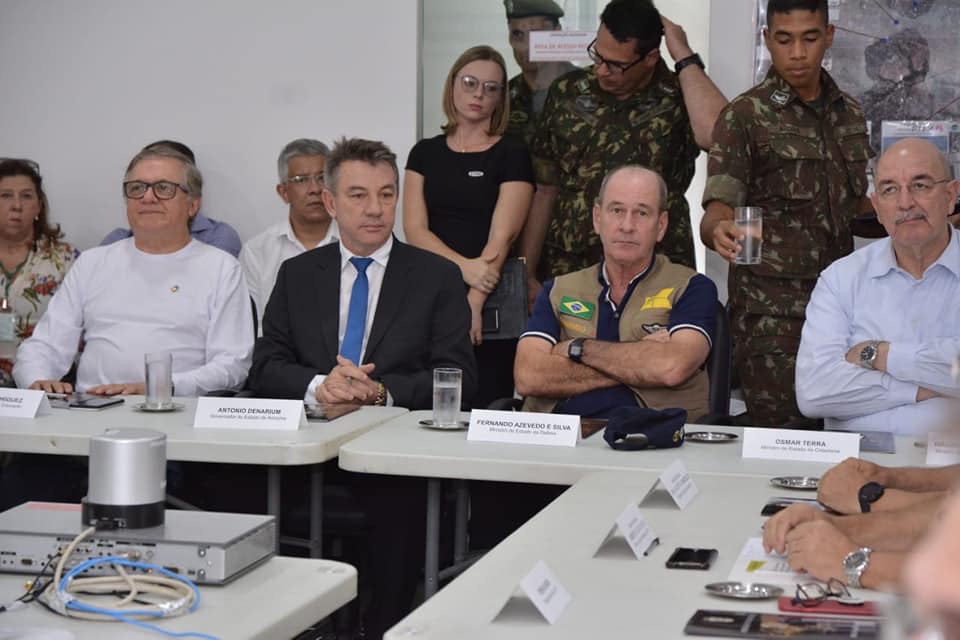 A committee of ministers of the Bolsonaro government met with the Governor of Roraima, Antonio Denarium and military staff on the reception programme.

On Thursday 17 January, a committee formed of five of Bolsonaro’s ministers were in Boa Vista (Roraima) to assess the conditions of Venezuelan refugees. The Education, Health, Citizenship, Comptroller General and Defence Ministers and representatives from other ministries, visited shelters and gave a press conference. Tomorrow they will head for Pacaraima, a town on the border with Venezuela.

According to Camila Asano, Conectas Programme Coordinator, by announcing that Operation Reception and its humanitarian work in response to the influx of Venezuelans will continue, the ministers are making a commitment in the name of the Bolsonaro government. Civil society will draw attention, in strong terms, to any future deviation from this commitment.

President Bolsonaro today published an article in the newspaper, Folha de Boa Vista, indicating three priorities in his strategy for this issue: reception in towns in Roraima; strengthening the means for registration and immunisation at the border and interiorisation. These are fundamental and must be strengthened.

“A commitment has been made, but the manner in which this will be implemented remains to be outlined and developed along the same humanitarian lines we have been seeing. For example, it is known that the system for issuing documents and certificates in Venezuela is compromised, due to the crisis. Increasing documents that are required at the border is clearly not a humanitarian move. Interiorisation needs to be reinforced, while at the same time continuing to be voluntary and informed. And new shelters must take into account local integration, as placing people in remote locations would compromise their ability to seek autonomous ways of rebuilding their lives. Any new government measures must be widely discussed with institutions that have been working in this area and have gained experience and expertise regarding the issue. This includes the Public Prosecutor’s Office, the Public Defender’s Office, UN agencies and NGOs.” Asano said.

It was stated, at the press conference, that there is currently a backlog of over 80 thousand Venezuelan requests for refugee status. There was, however, no objective response to Conare’s (National Committee for Refugees) failure to take a decision regarding the Venezuelan asylum seekers who have been awaiting approval for months.

“Bolsonaro’s diplomacy is resounding when condemning authoritarianism in the Maduro regime and in stating that Venezuelans are fleeing a humanitarian crisis. Is there not, then, justification for the Bolsonaro government to grant asylum to these people.” Asano concluded.