In-person protests are to take place in at least 12 Brazilian states, calling for effective actions against the climate crisis 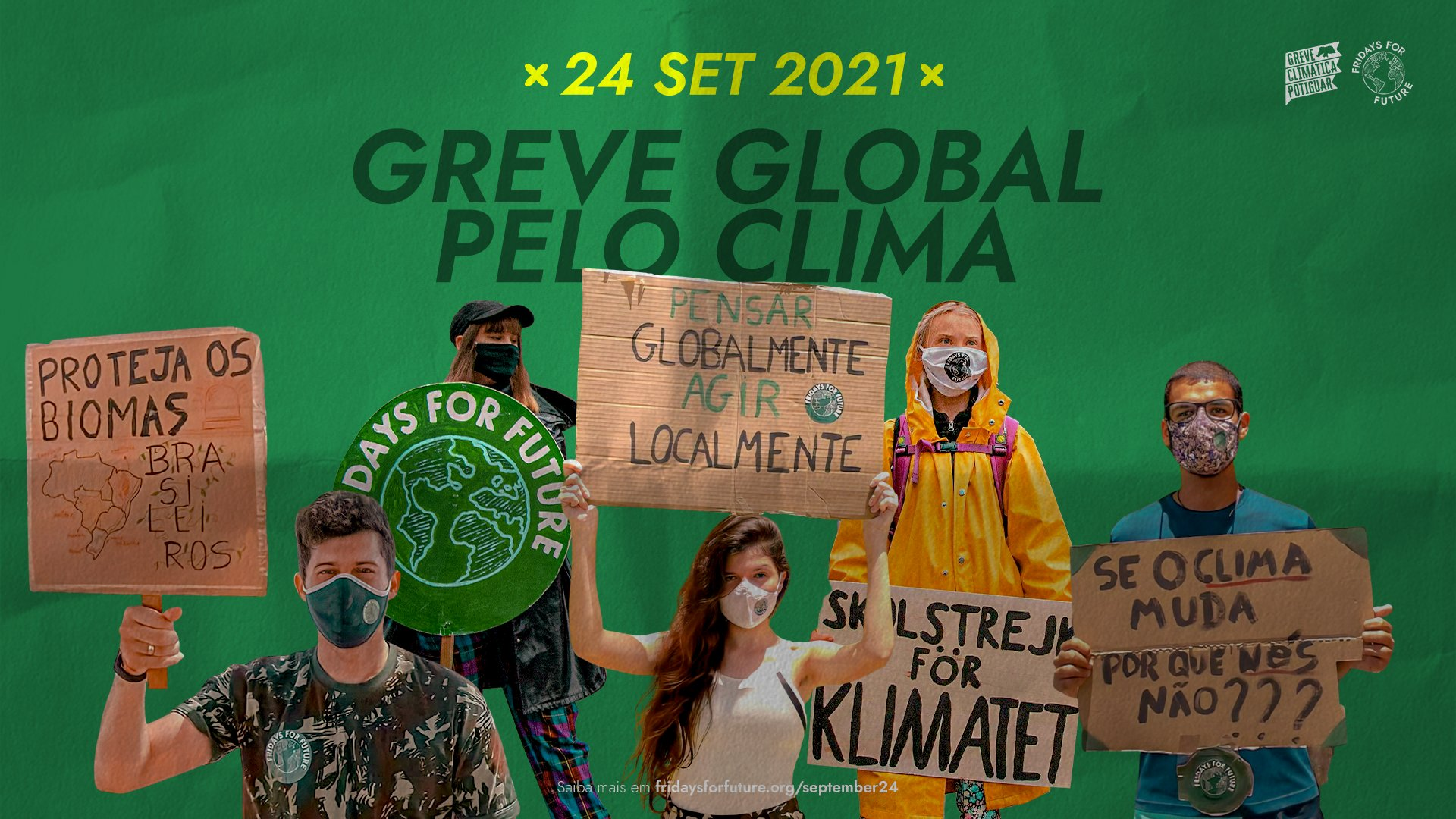 On Friday 24th, activists in at least 12 Brazilian states are holding protests calling for effective actions against the climate crisis. Mobilisations are taking place simultaneously in a number of different countries. The main organiser of the protests is the worldwide movement, Fridays for Future who are calling for companies, governments and parliaments to take a stand. Access this link for the list of in-person protests that have been confirmed in Brazil.

“We are currently facing the biggest emergency humanity has ever seen, however many people are still unaware of the gravity of the climate crisis and the many ways in which this affects our society”, it says in the announcement about the mobilisation, published by Fridays for Future in Brazil.

The text goes on to say that the narrative of the mobilisation will say that “other socio-economic crises, like racism, sexism, ableism and class inequality amplify the climate crisis.”

According to Júlia Neiva, coordinator of the Conectas Defending Socio-Environmental Rights programme “this movement shows world leaders that young people are aware and concerned about the future of the climate of the planet”. She went on to say that in Brazil, the protests are taking place on the backdrop of attempts to pass laws in Congress against indigenous rights and to ease environmental licencing, measures that would only exacerbate the climate crisis.

The Fridays for Future movement, which is mainly made up of young activists, was started in 2018 by the Swedish activist Greta Thunberg. This year Brazil is participating in the global strike for the third time.