A voice for affected communities 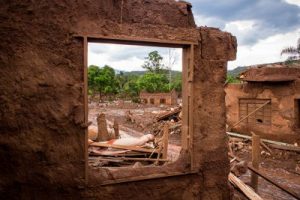 Six months before the next UN Forum on Business and Human Rights, scheduled for November, eight organizations from six countries are calling for the event to include and give a voice to the communities affected by human rights violations.

In a letter sent to the UN Working Group on Human Rights and Transnational Companies and the Office of the High Commissioner for Human Rights, the organizations said there is a wide gap between the discourse of companies in venues like the UN Forum and the real situation faced by affected people.

The organizations proposed that all the sessions on access to remedy should begin with a statement by affected people. Moreover, they also believe that the Working Group needs to publicly recognize the inequality of power between victims of abuse and the actors responsible – specifically companies and governments – and that this disparity is the root cause of the lack of effective remedies.

Finally, the signatories of the letter requested that the Forum sessions be oriented by the identification and implementation of concrete commitments by the actors responsible for rights violations.

The organizations recognize that the suggestions may be a departure from the orientation of past events, but they said: “we believe they are essential for this year’s Forum to meet the as yet unfulfilled promise of real improvements in the remedy pillar”.