Countries of Latin America and the Caribbean have still no adopted the Rio Declaration, warn UN experts 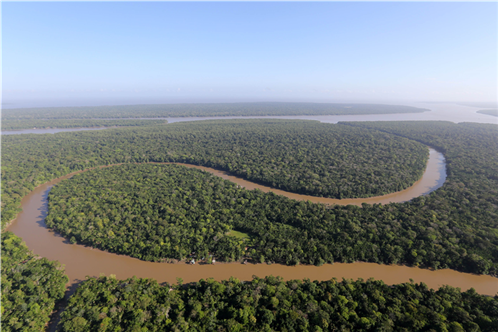 Experts from the UN Human Rights Council have called on governments in Latin America and the Caribbean to adopt an agreement on environmental rights that includes rights to information, participation and access to justice. They said such an agreement will favor both environmental preservation and help prevent human rights violations.

The appeal was made during the eighth round of negotiations under the auspices of ECLAC (Economic Commission for Latin America and the Caribbean), in Santiago, Chile. The meeting aims to implement Principle 10 of the Rio Declaration, which addresses the commitment of States to promote access to information on the environment in order to strengthen public participation in environmental matters.

John Knox, UN special rapporteur on human rights and the environment, said: “I commend the efforts by States during the past years of negotiations. They have come a long way and made a lot of progress, but time is pressing. They should finish their work by concluding a strong, legally-binding treaty for the region.”

The experts argued that the adoption of the joint agreement is essential, primarily because the region is one of the most dangerous in the world for human rights defenders. In 2016 alone, more than 100 defenders were killed in the region. “To protect the environment, we must protect the rights of people who work to defend the environment,” emphasized Knox.

For Caio Borges, coordinator of the Environmental and Social Rights and Development program, “it is already past time for States to commit to the adoption of Principle 10 and a joint agreement to guarantee the safety of human rights and environmental defenders. In a climate of dispute, such as we are seeing on the environmental issue in Brazil, for example, an agreement like this would go a long way towards expanding and guaranteeing access to information on projects that have impacts on the environment and on local populations, as well as guaranteeing access to justice for people affected by these projects.”

The agreement under discussion would incorporate assessments of the impact of large-scale projects on local communities and on the environment, strategies to mitigate these impacts and also negotiations on compensation and access to justice.